Time for the third episode of RAPE! I’m in two minds as to whether I should start a whole new blog to feature adult fiction or continue to share it here. I take it my readers are freethinkers, able to laugh at themselves and the world. I take it you all won’t get your knickers in a twist if I don’t stick to what is politically correct. Good. Got that sorted. Let’s move on. Matthew, over to you.

(from RAPE! by Matthew TEMPLE) 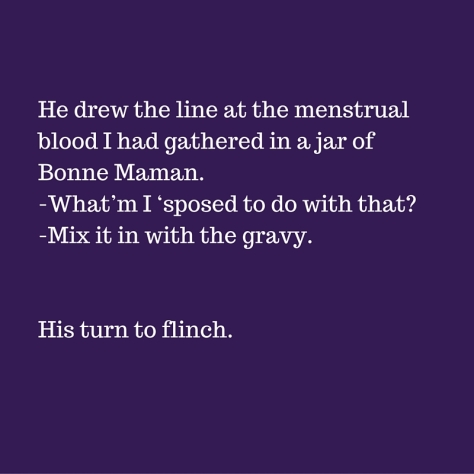 Still ever so pleased with the recent 5-star review of Verses Nature Vol.1 . So pleased that I’m now going to give that book away for FREE on October 29. Make the most of it!

What??? Oh, alright then. I’ll give you Long Time Walk on Water (‘Highly, highly recommended’, says a reviewer on Amazon). Free for selected days in November.

What??? Oh, alright then. I’ll also give you Mut@tus (high-brow rumpy-dumpy for you and your friends, but not for your mum!). Free for selected days in November.

Watch this space and kindle promotions on Amazon. Don’t say I’m not nice to you. 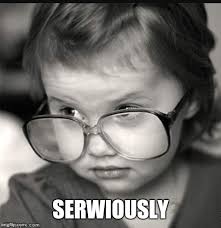 I got this review  of Verses Nature (In The Beginning Was The Heat) the other day and I’ve been grinning ever since:

What does this woman do when she’s happy? She kicks her heels and dances around the house but you won’t get the benefit of that. What I will also do is to give away the companion book, Verses Nature (The Making Of),  for a limited period. Yes, you heard right: for free. No, I’m not after your email address and you won’t need to give it to me. So if you want to know just how ‘200% delicious sin and literary genius’ gets written, click here. No strings attached. Promised.

(from RAPE! by Matthew TEMPLE)

Daughter: So what? People don’t want to read all of that. Don’t want to scroll all day long. Just get to the point.

My daughter’s been telling me this for ages. I won’t say how long because I feel embarrassed to admit how resistant I was to her critique. I thought every word on my website had its justification and I thought my website was better than many I had browsed. But she insisted: it was crap. She hated the colour of the background. ‘Keep it simple, mum!’ She found the texts too high-brow and long-winded. She hated my book covers. Somewhere in me a voice was saying, what do you care, she’s not your target audience anyway. Somewhere else another voice was saying: she may have a point. Step one, treat yourself to a professional cover designer. Step two, it’s a website, not a novel. To cut a long story short, my daughter won. And do you know what? I’m glad she did.

There Is No Memory…

of killing a crayfish between two rocks on the banks of Fishing Creek. Later, our mother would find me examining it, “how could you do that to a living thing.” I never was a violent child, as you know, just curious about small and intricate things. It was the first time I understood what it meant to die and to live.

You must know what it’s like to be that crayfish, so close to death at the hands of someone or something unable to grasp your meaning. I watch you sleep, eyes twitch beneath purple eyelids, darkened from the contents of your young and spoiled life. I imagine you dream of worlds too frightening to wake up to.

Perhaps it is the world I have created for you—a kingdom of rainbow trout, rope swings and cigarettes.

For a moment, I almost squeeze your arm to ensure you are awake.

The streets of LaRambla pulse with the inception of June—

Tonight I am new again

for this, I thank you

There is no memory that completes me now—

the stiffness of sea salt and midnight paella

your white cotton shirt I once unbuttoned

the game we played through the hallowing streets

catch me if you can

the plaza where protesters slept off their lazy violence

your fingers in my mouth

where a cornucopia rests and is replenished

there was no dream before you

now I rest my feet in a bed of pins

If you have a recipe you would like to share – and a picture of the meal once you’ve prepared it – why not submit it to be featured in my literature café? Tell me a little bit about yourself whilst you’re at it. Contact me in the comments box below or at joanbarbarasimon@yahoo, in the latter case with the reference: literature café.

From the most beautiful scene-setting in academic writing I have ever read:

The bus threaded through layers of terraced lands. The field was so lush and green that the colour seemed to have condensed into liquid drops striving to press a permanent imprint on my body. Outside in the scorching sun, newly planted rice was growing long and strong. with occasional gusts of wind, the tall, thin sprouts were blown towards the roadside, as if gracious hosts craning their necks in anxious anticipation of guests. From time to time, an unwieldy eighteen-wheel truck would honk by in anxious haste, loaded with sands and gravels, churning up dust storms to blur my vision of the summer field. It was early July of 2009. The construction of two national highways was in full force that meandered through the villages of Qiandongan towards the coastline. Patches of exposed earth were visible at a distance: they used to be farmlands and were now expropriated for the road construction. As the bus wound up and down the mountain road, it was interlaced with passing clusters of wooden abodes, brick houses and thatched huts; bent figures dotted the summer field and blended into a distance of green. 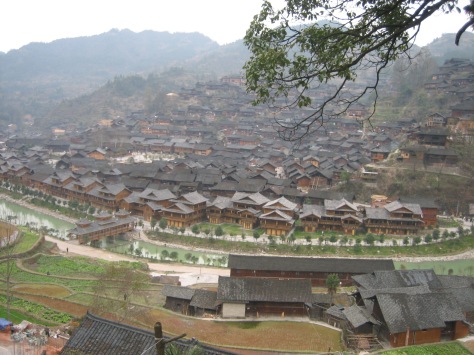 (from Disenchantment and Participatory Limit: Schooling at a Crossroads in Rural Ethnic China, PhD dissertation, Jinting Wu, University of Wisconsin-Madison, 2012. This award-winning thesis is now published and available for purchase.)