SHE’s: young, fresh over from Jamaica, looking for a new life in 1960s London. She coudln’t be bothered to learn the national anthem. They let her in anyway.

HE’s: got red hair, blue veins, she’s got no idea how old he is but he looks like a fish. In his ordinary life he lives on the seventh floor with a wife who cleans spud juice from her fingernails with a knife.

THEY: happen to meet at a bus-stop. The rest is history.

“Jack!” Monica prodded him, “C’mon, you’ll be late for work. Jack… you playing wiv yourself?”

“Time you stopped wanking and brought some money in!”

She leant over, squashing her breasts against his arm, said, “Give ’ere, let me do that for ya…”

But he yanked the sheets back and marched his cheated hard-on out the bedroom.

They hadn’t done it for ages. There he was, wanking off next to her and there she was, only too willing. Monica fell back onto her pillow, wondered what she might be doing wrong, but then thought fuck it, she snatched her cigarettes from the bedside table.

“Hello again,” said Jack as he reached the bus-stop, wearing a grin so wide almost all his teeth were on show. “You and I must stop meeting like this or tongues will wag, you know!”

“Don’t you, now. We’ve met here at least a dozen times… wot’m I saying,” he interrupted himself, “dozens! And I get a glimpse of you almost every day, or every other day. You never have a friendly word to say to me though I know you don’t dislike it.”

“Is what yu tink I can possibly have to say to someone like you?”

“Well, you could smile once in a while and say, “Hello, Jack, fancy meeting you here,” or “Hello, Jack, nice to see you again,” you know, something like that. Nice n friendly, like.”

“Nice an frenly me back foot!”

“Wot have you got to be so defensive about, eh? I don’t hiss or whistle as you go past like your lot do. Well, do I? No, I most certainly do not! I’m just nice n friendly, as I said. So wot’s a young girl like you got to be so uptight about, anyway, eh?”

“I beg your pardon?!” It was far too loud to be a real whisper. One or two heads turned. Jack put his back between them and Rose, “How old d’you fink I am, then?” Did he look a mess? He knew Monica could look a damn sight better but he thought he wasn’t doing too badly.

“Yu old enough to be me farda, yaah.” Rose turn her face the other way look down the road.

But he did. “If I started having kids at fifteen like your lot seem to then I could be your father, grant you that.” She had a nerve! Old enough to be her father indeed! “I’m only -”

“How old you is don’t interest me.”

“Wot does interest you, eh?”

“Wat me do is none a fi yu business.” Is wat mek im no go weh an leff me alone, im is a blasted nuisance, she thought. An where di blasted bus deh?

No blasted bus, near or far, but Lou, as luck would have it, a little up from the bus-stop, Lou stepping out of the newsagent’s and heading their way, hunched over her cigarette.

“Yes, see you.” Rose managed a meaningless exchange for a second or two, but glanced up only briefly at the voice that had so stabbed into her privacy.

“Wot you looking for, then? In a bag that small can’t be too hard to find anyfing, can it? I mean there’s not a lot you put in your bag when you’re going to work not like when you’re going out somewhere special I’m off somewhere nice tonight. Fink I might pop out again this aftanoon n see if I find somefing to doll me up a little bit noffing I hate more’n a woman who lets herself go, can’t be surprised if her old man’s eyes start doing the walkies, know wot I mean? Course, me n my old man we’re just like we were from the beginning, wouldn’t change im for the world n he wouldn’t want no other woman, either, I see he’s alright. No-one goes running after a bit a scraggy chop when he’s got steak at home, know wot a mean? Anyhow I must be off, listen, you fancy coming out for a round of bingo sometime? All girls togevva, we don’t half ’ave a good laugh I got noffing against you lot. My Michelle had a golly when she was little got it from her auntie Diane. Loved that little golly, she did. Really, must go, got a fousand n one fings to do before the day’s done. Cheerio, Emily. See you tomorrow!”

You know them people who talk non-stop? No business if you show no sign of interest, just talk talk talk without them even stop to draw breath? This is a kind of person Rose could never stand, like a whistling woman and a crowing hen; they were an abomination. For one long moment, Rose stood with her eyes closed, her head tilted back, as if knocking back some nasty cough syrup. Said,

Rose jump. He had said her name so sadly, so painfully, but never the pain which she had felt.

Emily Thompson (Rose to her friends), the protagonist, epitomizes the strong, funny, suspicious nature of the Outsider daring to go for a new life in a foreign country. She epitomizes the strength of dreams. She’ll reveal to us a lot about how the Jamaican family works and although she’d never use the word feminist it’s still true to say that she is all about independence, equality and betterment. 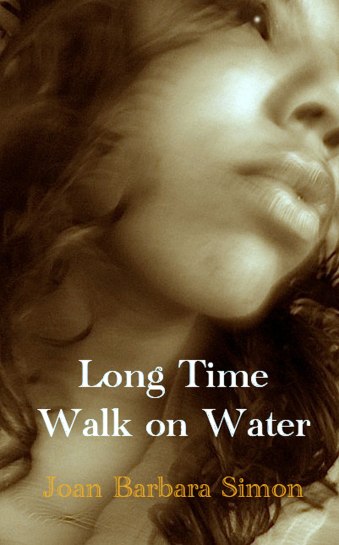